"Where Skills are Refined!" 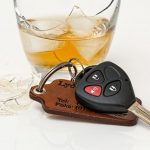 Our advice is “DON’T DRINK & DRIVE!” If you drive whilst under the influence of alcohol, it’s not just your licence that you are risking.

Driving is a task that should demand our full attention. Alcohol can seriously impair your ability to concentrate and physically control a vehicle while driving. Over the years, drinking and driving has become less socially acceptable, but despite increased awareness of the dangers, nearly one in six road deaths involve a driver who is over the legal alcohol limit.

The dangers of driving drunk are not confined to the time immediately after you have been drinking. You may still be over the legal limit many hours after your last drink and time is the only way you can get alcohol out of your system. Sleep, coffee and a large cooked breakfast do not speed the process up.

What is a unit of alcohol

When asked “what is a unit of alcohol?” most people will state half a pint of beer, a glass of wine or a measure of spirit, but unfortunately it isn’t quite as simple as that.

A unit of alcohol is defined as the volume of alcohol that the body can process and remove from the system in one hour. But even that is not straightforward as every body will process alcohol at different rates depending on size, age, fitness levels etc

Our driving school and courses will help anxious or nervous people build confidence on the road. Our driving lessons most often last two hours, with initial lessons providing a simple explanation of car parts relevant to new drivers.

All lessons will be adjusted to each client’s ability, whilst being structured and easily understandable to help you deal with all situations with ease. Pass Plus courses will expose you to situations you will encounter often, giving you a better understanding of what to do in difficult scenarios.

We will never discriminate against any client and will give you the time to relax and improve your driving experience. Empathising with all students, we can re-establish your confidence on the road, in any vehicle, and any situation.

The BDTAS team believe the best driving lessons are delivered with a knowledgeable, patient, and friendly driving instructor, who ensure all pupils are relaxed. We are committed to helping all pupils who feel uncomfortable, gain complete confidence and composure on the road.